The Importance of Women in Ministry

For many years now, we have seen an abundance of female leaders in the church. Preaching, being missionaries, and inspiring the next generation of women to step out of their comfort zones, and be the leaders God is calling us to be.

Those who are in ministry aren’t just ministers, they are leaders. They are the ones whom God has called to lead others in Christ, and to lead the next generations into revivals. These leaders God has called could be anyone.

We know from God’s Word that He has no favorites. He has made us all in His own image God has called both men and women to lead, and minister His Word to others.

What Makes Women in Ministry So Important?

The importance of women in ministry lies in the fact that everyone in ministry has this important responsibility to spread God’s word. To get a better grasp of this, let’s look at some examples of some women who were called to lead and minister.

First, what better place to look than God’s word. In Exodus, we meet Miriam, whom God used as a prophet. In the book of Judges, we see Deborah as a prophet, a judge, and God used her as an important part of guiding God’s army. Lastly, Huldah was also a prophet and contributed to the religious reform under King Josiah’s rule.

Now, let’s take a look at some other inspiring Christian women.

Women have had a tremendous contribution to the church, and continue to make strides and lead movements to this day. God calls courageous women to serve and follow Him in ways that they never could have foreseen.

All the women mentioned above made waves in the church, on the mission fields, and in many people’s lives. These waves have caused ripples, and have helped encourage other women to step out of their comfort zones and lead. Whether it’s to your next-door neighbor, a small group, your local high school, college campus, work, or a large crowd, God has and will call both men and women to minister to others.

If you are a woman in ministry and feel like you need to find encouragement or would like to join a community and become a better leader, look no further than She Leads Church ’22. Join us March 16 and 17, 2022 to learn and grow with other women who share your passion for leadership. This event is FREE and 100% online! Check out our website to get FREE access today – https://www.sheleadschurch.com. See you there! 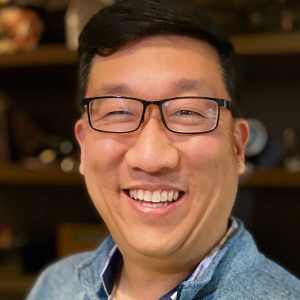