Church online. It’s always seemed to be a bit of an oxymoron to me. Of course, my opinion on that matter doesn’t really matter because the facts are people want the ability to attend church online. What we’re just now starting to see is what are the effects of church online.

Recently, Dave Adamson wrote a post outlining a framework for a way forward. The post describes a omni-channel strategy that allows people to engage with church in various ways. Here’s Dave’s description:

An omni-channel approach to church would mean that people could fully connect and fully engage with a church without the need to step inside a physical environment every week—or possibly even at all. They could attend one Sunday, listen to the message on podcast the following week, watch a live online stream the week after, and catch the message on-demand in an church app the week after that. Rather than a location-centric approach to church, this would be an audience-centric approach that allows people to connect and engage with churches both digitally AND physically, for 1 hour on Sunday AND throughout the other 167 hours of the week.

Dave couldn’t be more right. The digital revolution in the other parts of our lives is bound to bleed over to our church life. The question I want to ask is… how will the church respond and change?

First, let’s realize that the church will need to change. I think history will show us that when major technological shifts in society occur, the church is always effected. Here’s some quick examples:

It’s also worth noting that the three examples listed above took about 50-60 years to have a dramatic effect on society as a whole (the printing press took even longer). The technological changes that Dave is referring to took less than 5-10 years to take hold, yet I believe they will have the same dramatic effect on the church.

So let’s get personal for a second. To be frank, my church is clinging onto the third option. Why? Well, part of the reason is staff. We have a large amount of staff who rarely think digital first. In fact, we’ve led training sessions on how to move their ministries into digital spaces. Their reaction? Meh.

The other part is that for now we’re well resourced and attendance hasn’t fallen off a cliff. However, with every passing Sunday, we’re beginning to see the signs of change.

So what do we (my church) plan to do about it? Embrace the change. Yes, it will be painful. I’m sure at some point there will be new staffing models, changes to budgets, and a new metric for how we’re determining if this working or not. But regardless of what we think about the change, it’s coming whether we like it or not. 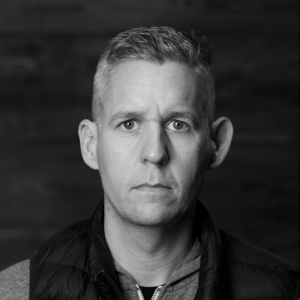