Why Every Church Should Replace Announcements with Stories

I’ve got a story about how I once failed to tell stories within the church.

I worked as a Church Communications Director right out of college. I was young and knew a lot of things about digital marketing. But I still had plenty of lessons to learn about how to use those skills.

A Bridge Too Far

Back then, one of the church’s ministries frustrated me. The ministry consisted of six little old ladies who played bridge every Thursday morning. They wanted more “young people” to play bridge with them, but didn’t understand that most young people are at work Thursdays at 11 am. But because they were friends with the Senior Pastor, they demanded that their ministry be announced from the pulpit and in the bulletin every Sunday. It also frustrated me because the information about the ministry usually came scrawled on a sticky note in my office mailbox the day before the bulletin was printed. They broke every system I attempted to put in place about communications because they were old-fashioned.

I indirectly fought against this—telling my boss that they didn’t need an announcement every week. I had plenty of data-driven reasons why they were wrong and I was right. But most frustrating of all was that nothing ever changed. They still got their announcement made every Sunday, and despite that, no young people ever joined them for their game of senior citizen bridge.

Looking back, I still feel like I was right. But in retrospect, I wish I’d taken a different approach to the entire situation.

Instead of shooting down their idea for another weekly announcement that would inevitably fall on deaf ears, I wish that I had suggested we tell their story. I wish that I had taken the time to visit that bridge game and interviewed the little old ladies about why that game was so important to them.

Maybe I could have taken photos and shot videos of them playing and sharing fellowship. The image of people gathering together is more impactful than the details of when and where they’re gathering. I could have gotten sound bites about how long they’d been playing and the friendships that they’d formed that got them through hard times in their life.

If only I had offered to share the story of the bridge club instead of constantly spitting out useless announcements. I’d like to think that this would have been a more suitable replacement. Because when you tell someone’s story, it makes them feel seen, heard, and valued. Not because that actually would have convinced anyone under the age of 70 to play bridge in the middle of a weekday. Instead, it would have helped people respect the legacy of our church and how it fosters community. The call to action could have focused on finding the right place for you within the church.

But I didn’t do any of that. I didn’t have that idea until years after I’d left that church. I don’t let that memory haunt me—instead, I let it motivate me to turn frustrations and roadblocks into opportunities for storytelling.

Storytelling in the Church

Hopefully, that personal story is enough to convince you that stories are important within the church. Narratives are more powerful than announcements. Stories stick with people more easily than information because they’re charged with emotion. But unleashing stories in your ministry is easier said than done—so here are a few practical tips to get you started.

1. Tell Stories of Your People, Not Your Church
The stories your church shares shouldn’t be internally focused, but instead feature the people within your congregation.

2. Always Listen For New Stories
Because you’re focusing on people within your community (and because these are real stories, not fictional ones), you must listen for the right stories to tell. These pop up in conversations and can be witnessed during events. it’s up to your team to capture these moments to be shared later. It’s also crucial to earn the trust of the story’s subjects so you’re able to tell their narrative publicly.

3. Save Stories For Later
Not every story needs to be shared, and certainly not immediately. I’ve held on to that story about the bridge ministry for nearly a decade before finding the right time to share it. Time and experience have given me the perspective to better understand it. As you listen for stories, collect them internally so they can be told when and where appropriate. This truth means that storytelling is a long-term game—but one that’s worth the investment.

4. Share Stories Multiple Times and Places
Share the right story repeatedly and in different places. Just because you created a video doesn’t mean everyone’s going to see it in worship. Use that same video on the church blog, include it in your email newsletter, and post it to social media. Keep the audience for each one in mind, but a good story deserves to be retold many times.

5. Don’t Forget the Conflict
All stories have some level of conflict that the characters face. Without a problem, there is no story—and this is often the most overlooked element of a story. Ask yourself about the issue at the heart of every story you tell. Hopefully, that challenge is something the character has been able to overcome because of your church and Jesus’ love. Don’t shy away from the conflict because the story’s resolution is all the more powerful because of it.

Churches default to announcements because they’re far easier than telling stories. Finding and building a meaningful narrative takes time and skill. It’s not an easy practice, but it’s far more potent than the basic announcement. That’s not a shift your church can make overnight—you’ll need to take your time and practice telling more stories gradually. As you make this transition, continue to learn about what makes stories effective. Watch other churches and organizations for examples of how to implement this. You can also check out my new book, The Story Cycle, to learn more about practical storytelling processes. 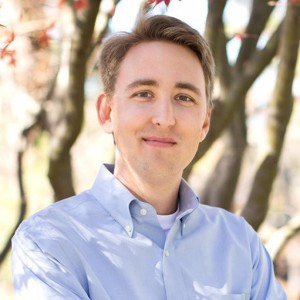 Robert Carnes is an author, freelance writer, and former church communications director. After serving within the local church and faith-based nonprofits, Robert now works at an Atlanta-area marketing agency. His published books include The Original Storyteller, and (coming in fall 2022)The Story Cycle.

How Churches Can Improve Engagement in Online Sermons in 2023

There are many churches that jumped to meet the need for online services in 2020 and 2021.  With 2023, we know many have gotten back

5 Ways to Communicate “Thank You” and Improve Staff Culture

Life can be rough.  Some days even though your staff is amazing, you may need a reminder yourself that staff culture is truly important to